Sometimes while working and focusing on one piece, it will overlap or flow into another.  Sometimes its just a practical thing- using up the end of a palette- but often times its because you didn't say everything you wanted/needed to in one piece.  I think a little bit of each happened here. While working on a portion of the large project I’ve taken on (see Midwest Shrine),
http://holzstudiosampling.blogspot.com/2015/04/planning-for-next-big-thing.html


I shaped a portion of Aldo Leopold's book, "Sand County Summer” into 2 gothic shaped doorways. As I was carefully screening them on, I was reading the text about flocks of geese arriving in the spring. 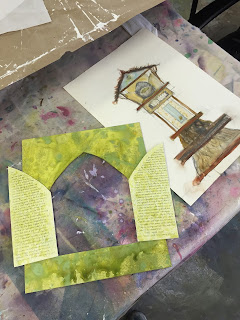 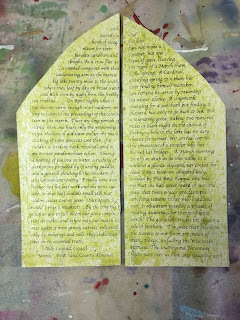 Totally not planned,  the text ended up on the ATCs because I hate to waste art supplies- and I had a fully loaded screen with ink, took a look around- and found a fitting place to deposit it. But then I wanted to see actual geese, not just the text describing them.  So for the small ATCs I was working on, I made a screen of geese in various sizes and positions to include over the text describing their arrival.  Those led me down its own path and imagery, and now love these little guys.  Two have the text in them- then I went a little “goose crazy” and started flying geese into quite a few ATCs…. 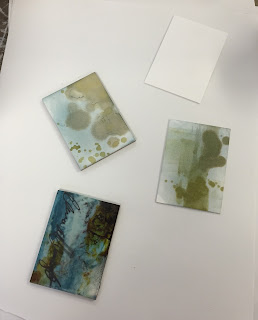 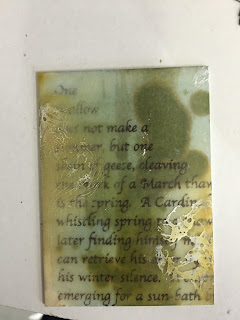 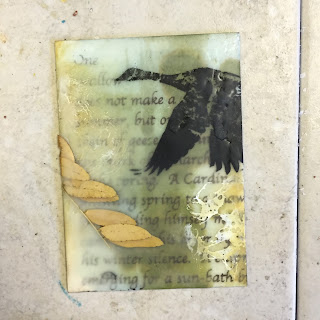 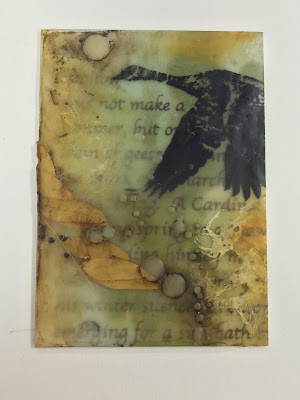 More examples- before and after staining.... 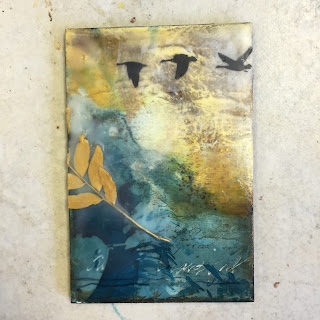 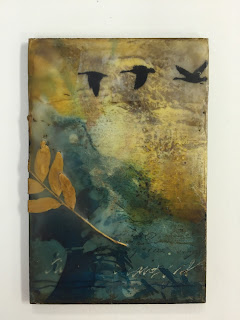 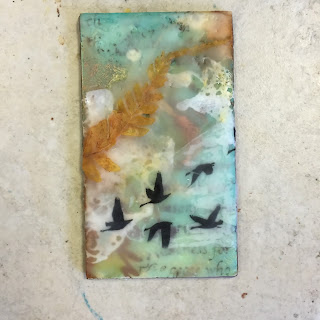 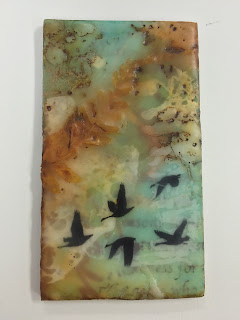 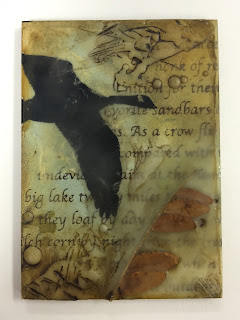 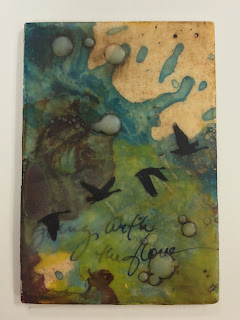